Apocryphal Productions presents the story of Rumpelstiltskin.  Told through aspects of animation, projection, shadow puppetry, and hand puppets, the performance moves freely through the boundaries of movie screen and live theater. Not only the physical depth of field, but also delving into the conscious of Rumpelstiltskin himself, bringing to the fore his motives and desires for a human child of royalty.  Drawing upon the ritual performances of many cultures to create a unique mythology that reflects, and is influenced by, beliefs and traditions from around the world, it revitalizes an ancient folk tale to develop a new creative mythology. 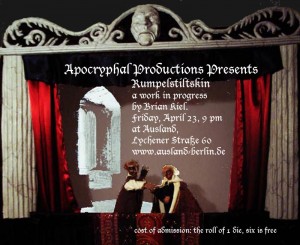 Worked up in many forms Rumpy continues to evolve in the hands of Apocryphal Productions.  First as a live puppet performance, it is currently in production for a film Apocryphal hopes to release in 2016. 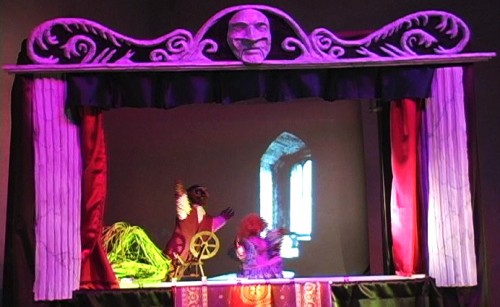