Stage Lights and Dimmer Box:
For stage lighting inside the puppet theater I decided to use tomato paste cans to create a miniature can lights. Combined with a dimmer box made from rewired lamp dimmers and a wooden cigar box it has given a much needed atmosphere that exists in the same relative size as the puppets. 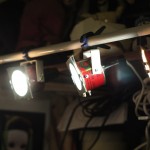 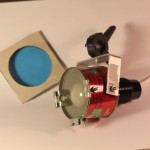 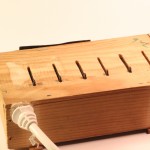 Animation Armatures:
I have worked with a number of different methods of making armatures before I discovered this idea: Electrician’s Third Hands. Each armature requires about 6 third hands to create, though that number decreases if you are making multiples and can use the leftover parts. With a dremel, some plumbers putty, and a whole lot of patience you can make some quality professional armatures for a third of what it would cost to buy pre-made parts. 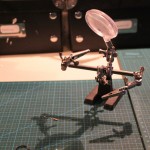 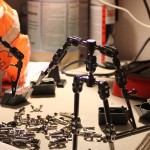 For Rumpelstiltskin I began creating animation puppets using these armatures.   StopMotionMagazine has a really good tutorial about how this is done.  I was going for a more stylistic realism but the concept is exactly the same. Here are some of the sculpt photos. I will post some photos of the molds and end results as well. 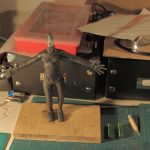 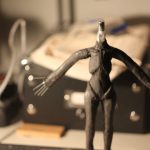 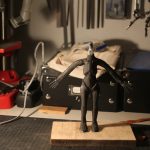 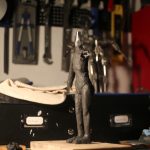 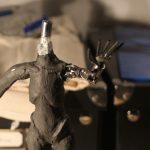 Puppet Theater:
The hand puppet theater was based on a design that we used at the Art Institute of Chicago that was part of the street stages for Puppetropolis. Taking the idea of a stage that can easily be thrown up anywhere I bought two cheap cloth wardrobes that basically use tent poles to be put together. I combined them to make a large frame and then sewed my own covering and curtains for it. When it is broken down it can easily fit into a duffel bag and be carried, except for the pillars and proscenium arch, but they are light weight paper máche meant to look like stone, so they are easy to carry. 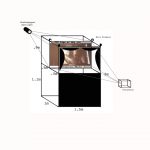 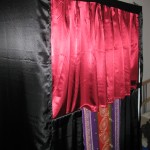 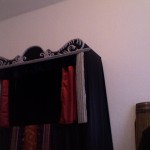 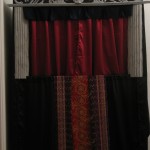 The proscenium figurehead is actually a puppet in and of itself.  I used a mask making technique and made a mold of my friend Chrisie’s face and from that I built up and distorted the face into what you see.  Then I used a technique that is normally used to make ventriloquist dummies to make a movable mouth and eyes.  It was originally designed for manual control, but now I am in to process of rigging it with servos so that I can control it with a simple program. 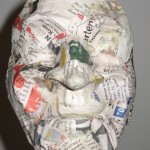 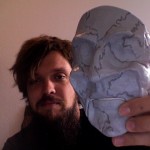 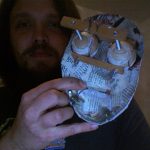 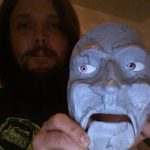 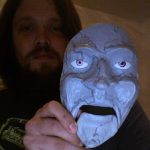 Rumpelstiltskin:
Rumpy was an all inclusive work and continues with new filming that is going on. For the puppet performance each puppet was designed in clay and then fabricated in paper máche (which was fortuitous now that I am making animation puppets since I can mold the original designs and have them be identical to the hand puppets). 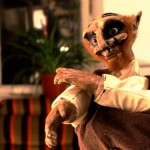 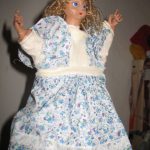 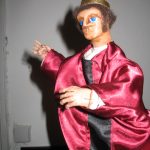 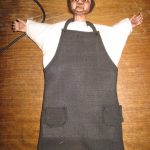 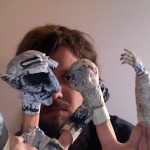 Rumpy and the girl 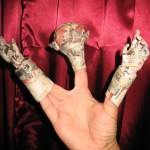 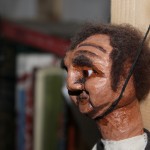 The Miller in closeup 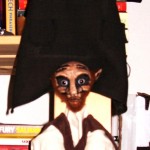