The theater of the mind amplified and fully immersive, Cartesian Theater allows the performer to accompany their own brainwaves as if they were sitting inside their own head and for the audience to explore the soundscapes and visual compositions created. Harmonies, determined by the size and shape of the venue itself, intermingle with fluctuating rhythms of brainwaves accelerated to hearing range. Accelerating even farther into the visual spectrum builds ebb and flow between warm and cool tones in the room. Through concentration, breathing, meditation and excitation the performer influences the composition, and as tones and colors fluctuate brainwaves are stimulated influencing the performer, and from there it is turtles all the way down.

Developed in collaboration with Big Daddy Mugglestone, Cartesian Theater utilizes EEG sensors to track the raw wave of the performers left frontal lobe and divide it out into Delta, Theta, Alpha, Beta, and Gamma waves. Setting these waves as triggers and parameters, the sound and visual performance are controlled by the fluctuation of the wave. Sometimes the focus is on the performer’s level of concentration and to use the sensor to approximate when the performer wishes an instance to occur, while other times it is simply a method to monitor the performer’s response to visual and auditory stimuli and to allow this response develop changes in the performance. 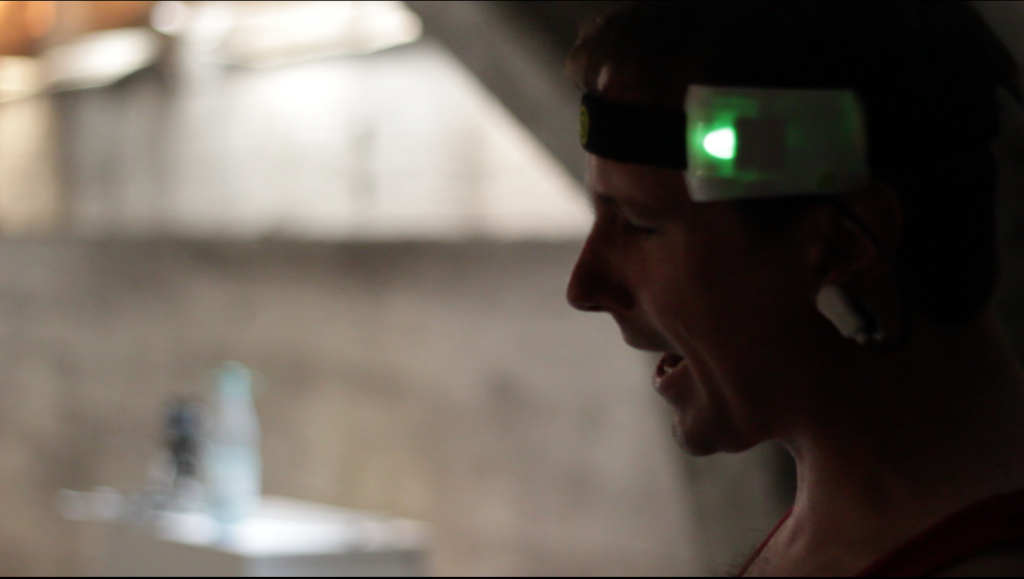