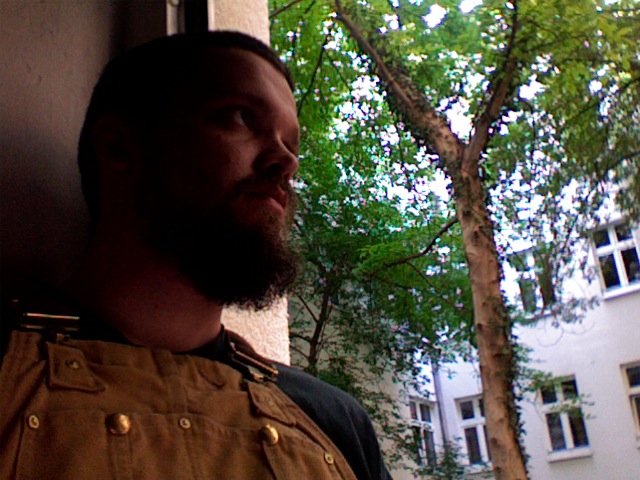 Multi-disciplinary artist Brian Kiel creates immersive visual and sound installations. Through generative and reactive systems, he interacts with audience members and performers through movement and biofeedback.

Brian Kiel studied creative writing, ethnomusicology, computer programming, computer engineering in Indiana and puppetry at the Art Institute of Chicago. In 2003, he moved to California and founded Ocat Knip as Artistic Director and principle creator/writer of all productions. He left California in 2005 for South Korea where he studied Pansori (traditional Korean Opera) and Kayageum (12 stringed zither), and hitchhiked through Tibet, Nepal and India. After that he moved to Berlin, Germany where he eventually settled in 2007. There he founded Apocryphal Productions as an overarching company for his work in film, animation, and puppet theater.
In 2012 he branched out into multi-media performance building interactive environments that function as autonomous performances controlled by the perception of the audience.  Through the use of Pure Data and Python with sensors to track movement and sound, the rooms gain lives of their own, responding to where people are in the space.  Since 2015, Brian researches brainwave tracking and has developed performances that react to the performers EEG and EKG responses.